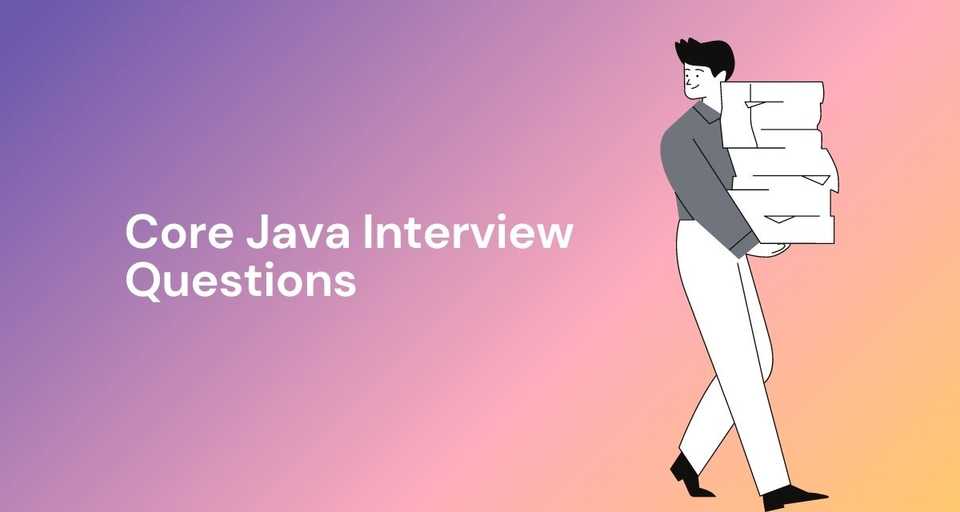 What is object-oriented programming?

What is an object?

The object is an real-time entity having some state and behavior. In Java, Object is an instance of the class having the instance variables as the state of the object and the methods as the behavior of the object. The object of a class can be created by using the new keyword.

What are the four main principles of OOP?

The four main principles that make an language Object Oriented are :

Abstraction is the concept of OOP that “shows” only essential attributes and “hides” unnecessary information. Using abstract class/Interface we express the intent of the class rather than the actual implementation.

Inheritance expresses “is-a” and/or “has-a” relationship between two objects. Inheritance is the procedure in which one class inherits the attributes and method of another class.

Encapsulation refers to the hiding of data implementation by restricting access to public methods. Encapsulation bundles the data with the methods that operate on that data. It helps developers to follow modularity while developing software by ensuring that each object is independent of other objects by having its own methods, attributes, and functionalities.

What is the Constructor? How many types of constructors are used in Java?

A constructor initializes an object immediately upon creation. It has the same name as the class in which it resides and is syntactically similar to a method. Once defined, the constructor is automatically called immediately after the object is created, before the new operator completes.

There are two types of constructors in Java:

Parameterized Constructor is the one which can initialize the instance variables with the given values. In other words, we can say that the constructors which can accept the arguments are called parameterized constructors.

Explain this and super keywords in java?

Sometimes a method will need to refer to the object that invoked it. To allow this java uses this keyword. this is a reference to the object on which the method was invoked.

final keyword can be used with class, variables, and methods. A final class cannot be inherited, a final method cannot be overridden and a final variable cannot be reassigned.

finally keyword is used to create a block of code that follows a try-catch block. A finally block of code always executes, whether or not an exception has occurred.

In java, method overloading is not possible by changing the return type of the program because it introduces ambiguity.

What is method overriding? Can we override the static method?

Static Variable is used to refer to the common property of all objects, it belongs to the class rather than object. Static variables make your program more efficient.

Static Method belongs to the class rather than the object. A static method can access and change the value of the static variable.

Static Block is a block of code which contains code that executes at class loading time. It helps to initialize the static data member.

As soon as the Test class is loaded, all of the static statements are run. First, a is set to 3, then the static block executes, which prints a message and then initializes b to a*4 or 12. Then main( ) is called, which calls m( ), passing 42 to x. The three println( ) statements refer to the two static variables a and b, as well as to the local variable x.

Main method is static because the object is not required to call the static method. If we make the main method non-static, JVM will have to create its object first and then call main() method which will lead to the extra memory allocation.

What is the Inheritance? What are the advantages of Inheritance in Java?

Inheritance is a mechanism by which one object acquires all the properties and behavior of another object of another class. It is used for Code Reusability and Method Overriding. Inheritance represents the IS-A relationship which is also known as a parent-child relationship.

Advantages of Inheritance in java are -

Why multiple inheritance is not supported in java?

Consider a scenario where A, B, and C are three classes. The C class inherits A and B classes. If A and B classes have the same method and you call it from child class object, there will be ambiguity to call the method of A or B class. Since the compile-time errors are better than runtime errors, Java renders compile-time error if you inherit 2 classes. So whether you have the same method or different, there will be a compile time error.

What is static and dynamic polymorphism?

Abstraction is a process of hiding the implementation details and showing only functionalities. It helps you to focus on what the object does instead of how it does it. There are two ways to achieve abstraction : Abstract Class and Interface.

A class declared as abstract is known as an abstract class. It needs to be extended and its method implemented. It cannot be instantiated. It can have abstract methods, non-abstract methods, constructors, and static methods. It can also have the final methods which will force the subclass not to change the body of the method.

No, if there is an abstract method in a class, that class must be abstract.

What is the interface? How to declare an interface?

An interface is the blueprint of the class. It has static constants and abstract methods. Interface is used to achieve abstraction and multiple inheritance in java. It also represents IS-A relationship.

What are the differences between abstract class and interface?

Encapsulation is a mechanism of wrapping the data and code acting on the data together as a single unit. To achieve encapsulation we’ve to declare the variables of a class private and provide public setter and getter methods to modify and view the variables values.

It provides you the control over the data.

We can make the class read-only or write-only with the help of setter and getter methods.

What is Exceptional Handling? How many types of exceptions are there in java?

Exception Handling is a mechanism that is used to handle runtime errors. Exceptions can be generated by the Java run-time system, or they can be manually generated by your code. Exceptions thrown by Java relate to fundamental errors that violate the rules of the Java language or the constraints of the Java execution environment. Manually generated exceptions are typically used to report some error condition to the caller of a method. Java exception handling is managed via five keywords: try, catch, throw, throws, and finally.

Explain the workflow of try, catch, throw, throws and finally?

Program statements that you want to monitor for exceptions are contained within a try block. If an exception occurs within the try block, it is thrown. Your code can catch this exception using catch and handle it in some rational manner. System-generated exceptions are automatically thrown by the Java run- time system. To manually throw an exception, use the keyword throw. Any exception that is thrown out of a method must be specified as such by a throws clause. Any code that absolutely must be executed after a try block completes is put in a finally block.

Why String objects are immutable in java?

ClassLoader in Java uses a String object as an argument. Consider, if the String object is modifiable, the value might be changed and the class that is supposed to be loaded might be different. String is immutable to avoid this kind of misunderstanding.

Thread Safe as the String object is immutable we don’t have to take care of the synchronization that is required while sharing an object across multiple threads.

Heap Space String’s immutability helps to keep heap memory use to a minimum. The JVM checks whether the value already exists in the String pool when we try to declare a new String object. If it already exists, the new object is given the same value. This feature allows Java to make optimal use of memory space.

What are Wrapper classes? When autoboxing and unboxing occurs?

Autoboxing and Unboxing can occur when we expect wrapper class object, and primitive data type is provided or vice versa.

What is a singleton class?

A singleton class is a class that can have only one object at a time. After first time, if we try to instantiate the Singleton class, the new variable also points to the first instance created. To make a class singleton, we either make its constructor private or use the static getInstance method.