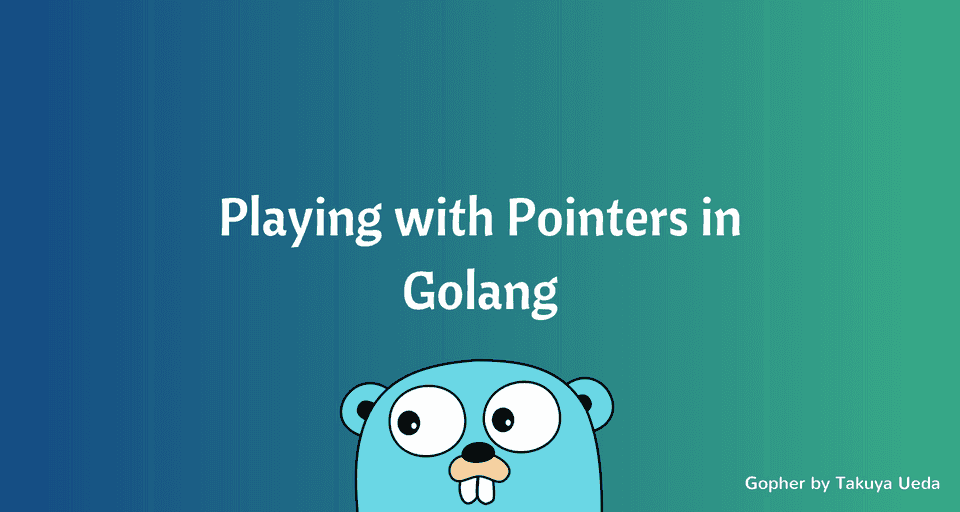 A pointer is a variable that stores the memory address of another variable. Confused? Let me explain.

Let’s first understand what a variable is. Well, Whenever we write any program, we need to store some data/information in memory. The data is stored in memory at a particular address. The memory addresses look something like 0xAFFFF (That’s a hexadecimal representation of a memory address).

That is why we have the concept of variables. A variable is just a convenient name given to a memory location where the data is stored.

A pointer is also a variable. But it’s a special kind of variable because the data that it stores is not just any normal value like a simple integer or a string, it’s a memory address of another variable - 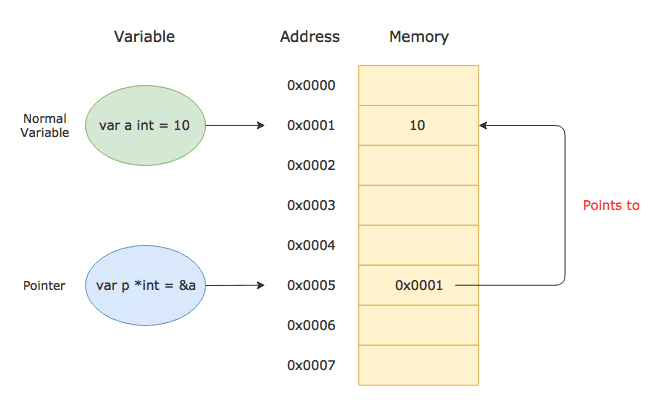 In the above example, the pointer p contains the value 0x0001 which is the address of the variable a.

A pointer of type T is declared using the following syntax -

The type T is the type of the variable that the pointer points to. For example, following is a pointer of type int -

The above pointer can only store the memory address of int variables.

The zero value of a pointer is nil. That means any uninitialized pointer will have the value nil. Let’s see a complete example -

You can initialize a pointer with the memory address of another variable. The address of a variable can be retrieved using the & operator -

Notice how we use the & operator with the variable x to get its address, and then assign the address to the pointer p.

Just like any other variable in Golang, the type of a pointer variable is also inferred by the compiler. So you can omit the type declaration from the pointer p in the above example and write it like so -

You can use the * operator on a pointer to access the value stored in the variable that the pointer points to. This is called dereferencing or indirecting -

You can not only access the value of the pointed variable using * operator, but you can change it as well. The following example sets the value stored in the variable a through the pointer p -

You can also create a pointer using the built-in new() function. The new() function takes a type as an argument, allocates enough memory to accommodate a value of that type, and returns a pointer to it.

Here is an example -

No Pointer Arithmetic in Go

If you have worked with C/C++, then you must be aware that these languages support pointer arithmetic. For example, you can increment/decrement a pointer to move to the next/previous memory address. You can add or subtract an integer value to/from a pointer. You can also compare two pointers using relational operators ==, <, > etc.

But Go doesn’t support such arithmetic operations on pointers. Any such operation will result in a compile time error -

You can, however, compare two pointers of the same type for equality using == operator.

That’s all folks! I hope you understood what pointers are, how to declare and initialize pointers, and how to dereference a pointer.

Thanks for reading. Please ask any doubts in the comment section below. Also, don’t forget to subscribe to my newsletter to get notified whenever I write new articles.