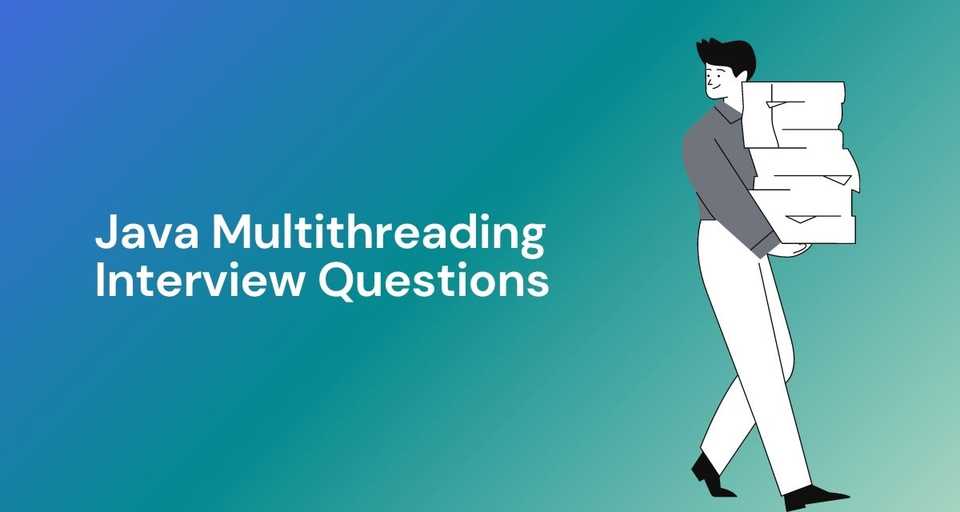 What is thread and multi-threading? How is process different from the thread?

A thread is a small subprocess that runs in the background. It follows a separate path of execution because each thread operates in a different stack frame. Multiple threads can exist in a process. Threads share process resources, yet they still run on their own.

Multithreading is the process of running many threads at the same time. To achieve multitasking, multithreading is used. It uses less memory and provides quick and efficient results. Process is different from thread by :

Explain Thread priorities and their rules?

It determines how each thread should be treated with respect to the others. Thread priorities are integers that specify the relative priority of one thread to another. As an absolute value, a priority is meaningless; a higher-priority thread doesn’t run any faster than a lower-priority thread if it is the only thread running. Instead, a thread’s priority is used to decide when to switch from one running thread to the next. This is called a context switch. There are two rules to prioritize thread :

Explain the method to create a thread?

There are two ways in which thread can be created :

Inside NewThread’s constructor, a new Thread object is created by the following statement:

This program generates the same output as the preceding version. As you can see, the child thread is created by instantiating an object of NewThread, which is derived from Thread.

Explain the life cycle of thread in Java?

A thread can have one of the following stages :

How can one thread know when another thread has ended?

Two ways exist to determine whether a thread has finished. First, you can call isAlive() on the thread. This method is defined by Thread, and its general form is :

The isAlive() method returns true if the thread upon which it is called is still running. It returns false otherwise.

While isAlive() is occasionally useful, the method that you will more commonly use to wait for a thread to finish is called join(), shown here:

Explain sleep() method and its working? How can we interrupt a thread?

The sleep() method in Java is used to block a thread for a set amount of time, i.e., it pauses the thread’s execution for a specific amount of time.

There are two methods:

When we use the sleep() method, it pauses the current thread’s execution for the specified amount of time and provides priority to another thread (if available). Furthermore, after the waiting period is up, the previous thread changes its state from waiting to runnable and enters the running state, and the process continues in this manner until the execution is complete.

When we want to get a thread out of its sleep or wait state, we should interrupt it. Interrupting a thread is done by invoking interrupt(), which throws the InterruptedException.

No, we can’t make the user thread as daemon thread if the thread is started because doing it will result in an IllegalThreadStateException. As a result, we can only start the thread after creating a daemon thread.

It’s a situation where each thread is waiting for a resource that is being held by another thread. In this case, neither thread is executed nor is it given the opportunity to be executed. Instead, all of the threads are in a state of universal waiting. Deadlock is a complex scenario that can cause our programming to break at runtime.

We can identify a deadlock issue by running the code on cmd and collecting the Thread Dump; if the code contains any deadlocks, a notification will be displayed on cmd.

Ways to avoid deadlock conditions are :

What is synchronization and race condition?

Synchronization is the ability to manage several threads’ access to a shared resource. It’s used for:

A race condition is an issue that happens in multi-threaded programming when many threads run at the same time and access a shared resource. The Race condition can be avoided with adequate synchronization.