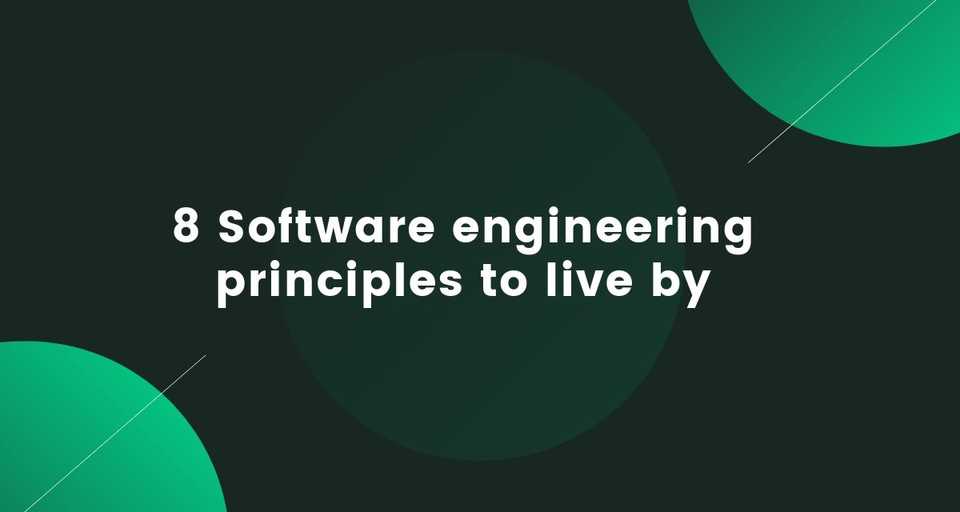 In this article, I’ll go through 8 software engineering principles that will help you develop quality software.

The first on my list of the most important software engineering principles is KISS. It is an acronym for “Keep It Simple, Stupid”

Software systems work best when they are kept simple. Avoiding unnecessary complexity will make your system more robust, easier to understand, easier to reason about, and easier to extend.

It’s so obvious. But we, engineers, often tend to complicate things. We use those fancy language features that no one knows about and feel proud. We introduce countless dependencies in our project for every simple thing and end up in a dependency hell. We create endless micro-services for every simple thing.

This tweet by @phillip_webb sarcastically summarizes how we’re going a bit overboard with micro-services. 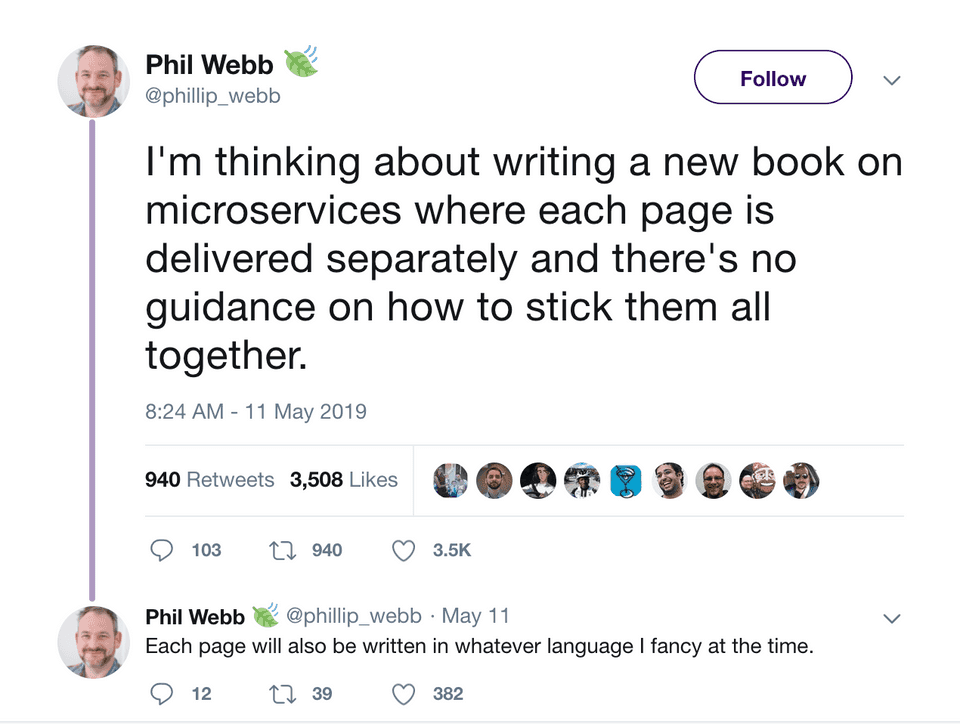 Remember that whenever you add a new dependency to your project, or start using that fancy new framework, or create a new micro-service, you’re introducing additional complexity to your system. You need to think whether that complexity is worth it or not.

Venkat Subramaniam, an award-winning author, gave this talk at a conference titled Do not walk away from complexity, Run!

This talk is so apt. It explains why you should avoid complexities whenever you can.

The DRY principle aims at reducing the repetition of code and effort in software systems.

It basically means that you should not write the same code/configuration in multiple places. If you do that, then you’ll have to keep them in sync; and any changes to the code at one place will require changes at other places as well.

Every piece of knowledge must have a single, unambiguous, authoritative representation within a system ‐ The Pragmatic Programmer

YAGNI (You Aren’t Gonna Need It)

Like KISS principle, YAGNI also aims at avoiding complexity, especially the kind of complexity that arises from adding functionality that you think you may need in the future.

It states that you should not introduce things in order to solve a future problem that you don’t have right now. Always implement things when you actually need them. It will help you keep your software lean and simple. It will also save you extra money and effort.

Moreover, you may think that you need that functionality in the future. But a lot of times, you may not even need it due to the ever-changing requirements of our software world.

Remember, “Premature optimization is the root of all evil” - Donald knuth

SOLID is a list of 5 software engineering principles. It is a meta acronym where each letter corresponds to another acronym:

Let’s go through each of the above software engineering principles one by one:

The Single Responsibility Principle states that every function, class, module, or service should have a single clearly defined responsibility. In other words, A class/function/module should have one and only one reason to change.

Let’s understand the Single Responsibility Principle with some real-world analogies: 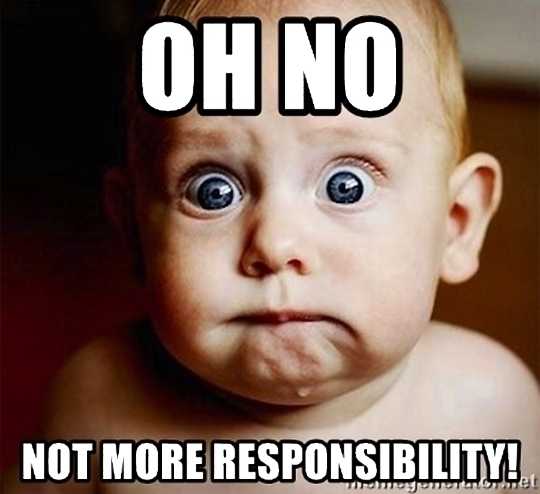 The SRP principle makes the code more organized. It improves the readability of the code. It also contributes a lot to reusability. If you have short and focused functions/classes, you’ll be able to reuse them easily. But if you have a single function that does too many things then you wouldn’t be able to use it if you only need a fraction of the functionality implemented by the function.

The Open/Closed principle is a facilitator of the above idea. It advises that we should build our functions/classes/modules in such a way that they are open for extension, but closed for modification. 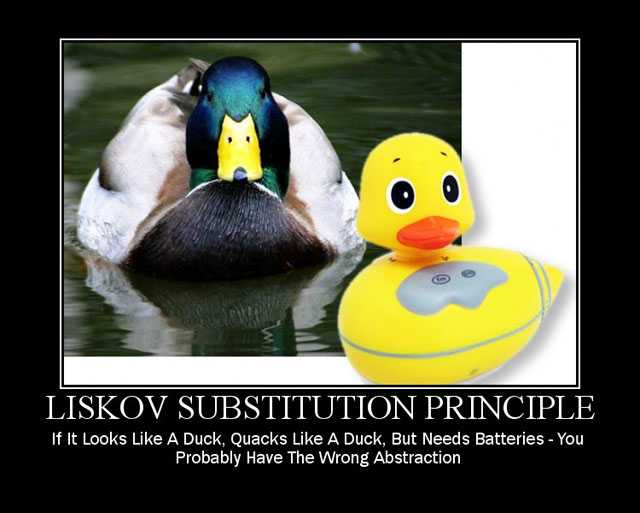 Let’s understand this with an example. Let’s say that you have a class called Bird and a subclass of it called Penguin.

According to Liskov Substitution Principle, if you have a piece of code that uses a Bird object, then you should be able to replace it with a Penguin object and the code will still behave the same.

But, the above example violates the Liskov Substitution Principle. You can’t replace an object of the Bird class with an object of the Penguin class. If you do that, the program will throw an exception.

To fix this, you could create another abstraction which captures the flying capability of a Bird -

The Interface Segregation Principle states that a client should never be forced to depend on methods it does not use.

And how do you achieve this? Well, By making your interfaces small and focused.

You should split large interfaces into more specific ones that are focused on a specific set of functionalities so that the clients can choose to depend only on the functionalities they need.

The Dependency Inversion Principle tries to avoid tight coupling between software modules. It states that High-level modules should not depend on low-level modules, but only on their abstractions. In simple words, It suggests that you should use interfaces instead of concrete implementations wherever possible.